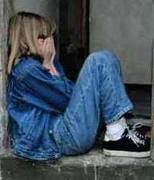 “What a terrible shame!”, anyone cries when hearing of sex abuses on children in the poorest countries of the world. Words are not empty and useless, they are appropriate dresses on appropriate bodies , so it is not a matter of shame but something worse. People involved in the international trade in sex, wear sub-animal instincts, therefore they would deserve such condemnation“ What a bestiality!”. According to the UNICEF, today more than one million children are victims of sex abuses and this number is expected to increase. The sex industry relies on a deep and capillary network, gaining 12 billion dollars a year. It is the third illegal activity after the drug trafficking and weapons. Cambodia, Guatemala, Laos and China are at the top of this trade, followed by countries where children’s rights are never born. In India, having sex with a baby-victim is not considered a crime if the child is 12. In the Philippines and Costa Rica, children over 14 years are allowed to prostitution. The ECPAT, an ONG working to fight pornography and trafficking in children, discovered that Mongolia is used to hide trade in sex behind tourism. This brutal scenario is due to Internet that shortens the distances and the time to organize trips and vacations. Moreover, poverty affecting the mentioned countries forces parents to sell their children in exchange for little money. Finally, a disgusting role is played by the local authorities, covering the crimes in order to attract such a dirty tourism. The question that arises is: “What happened to the UN Convention on Children’s rights, adopted in 1989?” It is alive in content though it is not always observed in practice. The Convention itself states the importance of considering children like men “in fieri”, active players of their lives. Consequently, they are not to be seen as the passive objects of rights but as the right itself, against all forms of violation. Animals lack in thinking , though they instinctively follow a Code of Conduct. They kill to protect, eat, defend not just for fun or anything else. Since pedophiles murder the innocence of a child, neither for hunger nor for protection but just for an insane fun, they should be considered sub-animal killers.