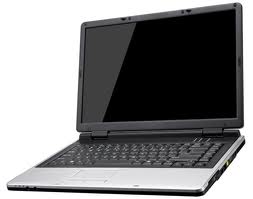 At first sight”. We are not talking about “love at first sight”. It is world's first laptop controlled by the user's eyes. First there was the keyboard and mouse. Then came the touchscreen and motion control. Now a Swedish company could be offering a glimpse into the future of the computer interface. The computer will respond to eye movements like they were mouse clicks. For example, glancing at a specific icon can present more information about that subject, and applications with maps or photos can center the image based on what you're looking at. "It makes using a laptop more efficient," Barbara Barclay, general manager of Tobii North America, told PCMag. "What if you could just look to where you're going to take your mouse and the [cursor] just appears there. If you're have to look at something anyway, why not have that actually facilitate the movement you're getting ready to make?" Eye-tracking technology is useful in many systems—some 3D screens track eyes to render 3D images without the user needing to wear special glasses. Another kind of eye-tracking system shown recently at a trade show tracks the eyes of drivers in order to warn them when they showed the driver was getting drowsy.